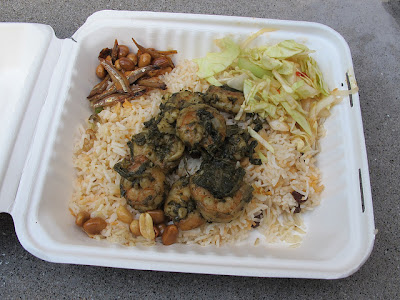 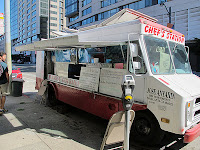 According to Kauffman's review, Burmese Gourmet's owner was the original owner of Burma Superstar, a couple of ownerships prior to its current wildly successful regime.  Let's hope he sticks with his new venture. Once he gets his own truck vetted and gussied up a bit, it could prove to be a popular attraction at any food truck venue.
Posted by Gary Soup at 10:48 PM